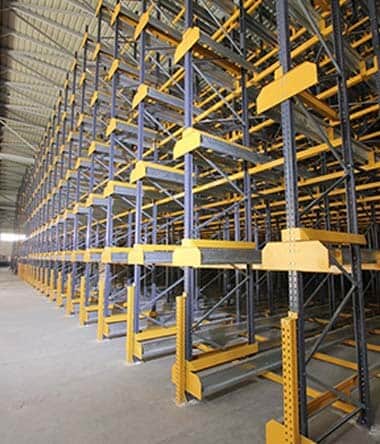 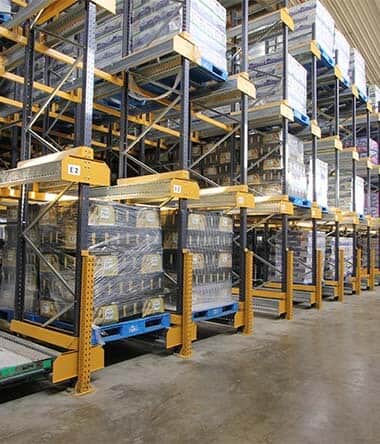 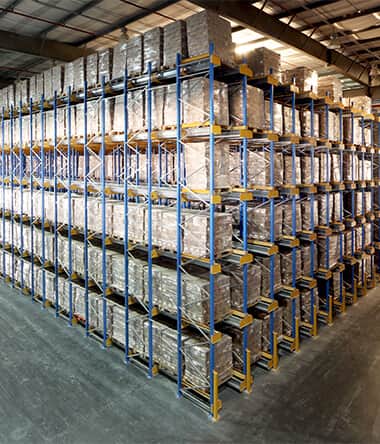 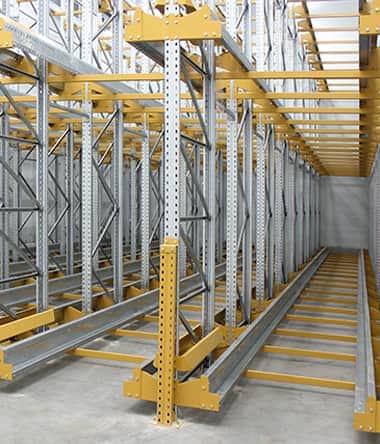 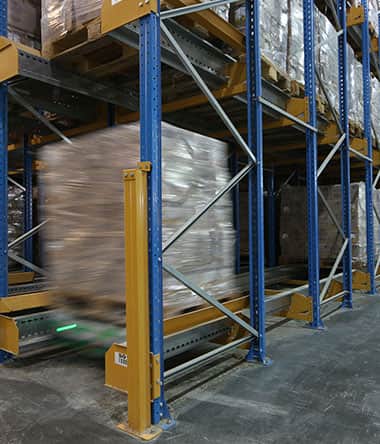 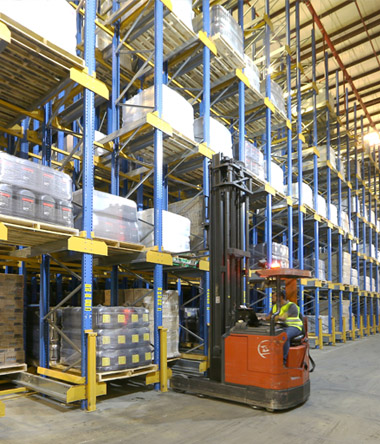 Our pallet Satellite system is a space effective way to store bulk loads, such as food, drink and other palletized items, which are conventionally stored with drive-in or pallet live racking systems.  Though efficient, these methods are usually limited by the length of the storage lane that can be practically achieved. Our Satellite racking system overcomes this by offering storage to greater lane depths via an automated shuttle that travels on support rails.

The concept:
Pallets are loaded onto a shuttle at the front of the lane, which transports them down to the other end.
The built-in sensor on the shuttle system detects the position of next pallet and places the new load at a predetermined, but adjustable distance from them, before returning to the start face.

The shuttle movements are sent via the radio remote controller allowing the forklift truck operator to move onto the next task while the shuttle moves the pallet to the correct storage location. The shuttle is easily moved between lanes by a standard fork lift truck. So, the Pallet Shuttle System removes the need for forklift trucks to enter the aisles

The Shuttle will automatically return to its start point as its battery life starts to diminish, allowing the operative to install a charged replacement battery or replace it with a second unit. This guarantees that the shuttle won’t stop mid-way within the racking system.

To find more about racking storage and our various pallet racking systems, speak to our expert team on +2012 718 83441 .